Boxing is one of the sports which involves extreme fitness, stamina, strength, and durability. It has been one of the favorite sports of both males and females at all times. Though similar sports such as Mixed martial art (MMA) evolved with time, which includes different rules and themes of the play, the root idea is all based on boxing.

There are generally four accepted styles of boxing, namely Swarmer, Slugger, Out-boxer, and Boxer-puncher, although different boxers sometimes differ from these styles and have their own boxing styles. Moreover, seventeen boxing classes, such as lightweight and middleweight, are designed for different categories of boxers to have fair play. Becoming a boxer isn’t easy as it requires hard work and determination, but it can be achieved if one has sheer determination and a good coach. A few things need to be kept in mind before one starts training for professional boxing, and these are important because the initial practice remains an adopted style for the rest of the career.

This article elaborates on all the steps required by beginners before starting their training for a boxing career.

A Quick-start for Beginners!

The beginner’s boxing stance is supposed to be easy; they must defend and attack quickly. Defense is the primary thing to be followed by beginners. As the level advances, the boxers try different techniques and adopt other fighting methods. Advanced boxers use more advanced body movements and counter-punching opportunities. But for beginners, the fundamental stance is to defend and attack in the easiest way.

There are some positions and initial body movements along with postures that need to be perfectly aligned together for a perfect rhythm. Some of those are being described :

During initial boxing training, always keep your foot down so that the boxer has firm contact with the ground in order to combat any punch. It might seem difficult at first, but beginners need to master the Step-drag and pivot maneuver style, which is the basic style of boxing and must be perfectly aligned. The flashy footwork movements we see automatically come with time as the boxers keep practicing for more extended periods. For the primary step drag, step the lead foot and drag the rear foot. Also, the pivot is essential as well. Pivoting off the front foot helps avoid attacks, leading to better defense and new punching angles, which in turn provides a better attack. Pivot is helpful as it keeps the boxer out of harm’s range and, at the same time, keeps the person in a field that helps to throw punches at the opponent.

To throw the punches, the fist needs to be tightened at the moment of impact, and then the hand is relaxed to throw more punches. The trick is to utilize the whole body weight when throwing a punch without falling out. The primary method to throw punches is:

Added to wishlistRemoved from wishlist 0
Add to compare
Boxing gloves

Out of Stock
★★★★★
Best deal at: Amazon.com
+ 1 more
Added to wishlistRemoved from wishlist 0
Add to compare
Best seller
Boxing gloves

There are several categories of punches, among which the Left straight jab is the most important. It is categorized as the most crucial weapon in boxing because of the impact of the punch. Extend the left arm straight for this jab while keeping the rest of the body still. Then after throwing the punch, bring the arm back to the resting position and prepare to defend.

The right straight Cross is classified as the most potent punch because it is associated with the power arm of the body and the dominant side of the body, i.e. right side. When jab and Cross are combined, a lethal combination is made. To throw a cross, pivot the right foot and rotate the hips. Then, extend the right fist outward, straight out from the chin. Rotate the fist to land the punch, and don’t let the head lean past the front knee.

The left hook is classified as a dangerous power punch as it comes from the side angle and makes it tricky for the opponent to judge whether the punch is coming or not. To throw this punch, pivot the feet clockwise and lift the left heel. Once your feet pivot the body, it becomes solid, swinging the punch towards the opponent.

The left uppercut is classified as a dangerous long-range punch as it is fast and comes, more powerful than the jab, and is unexpected. Remember, during this punch, the defense must be maintained because a person gets quite close to the attacking range of the opponent.

The right uppercut is named the long-range punch and is devastating if thrown at a close range. It is quite harmful if thrown at the head or the body at a close range. During this, rotate the hips and pivot the right foot with elbows pointing downwards. Drop the right fist and then swing it upward with all the force. It will lead to a right uppercut. The stance must be recovered quickly.

Blocking is the easiest way of defense without getting punched, so it must be learned efficiently during the initial training period. Once a player has mastered it, one can move towards the more advanced techniques such as dodging, rolling, and slipping. The main advantage of defense is that it helps you to defend yourself with your hands free so you are free to attack the opponent, so it must be mastered at the initial stages.

Boxing is a career that requires sheer determination, but if one has all the will and a good coach, then it can be mastered with time. For a boxer, safety must be followed at all times, and it is important to box with others as it develops stamina and helps one to learn new techniques and find the one which suits them the best. Diet must be maintained, and exercise must be done on regular basis. There are a number of good coaches who can help in this regard and can be searched online which provides excellent fitness training. Thus, adopting all these tips will ultimately help anyone to achieve their dream of becoming a boxer! 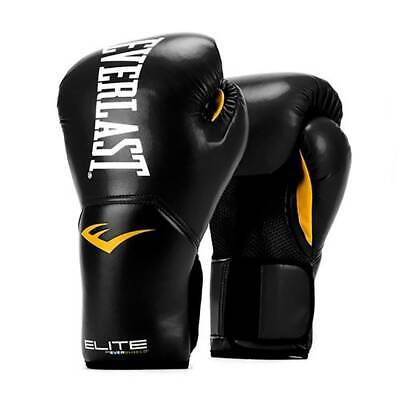 We are an affiliate website! We find you the best price on your next favorite product and we may earn a commission on your purchase. Thanks for using us!

MMAboxingLoves.com is a participant in the Amazon Services LLC Associates Program, an affiliate advertising program designed to provide a means for sites to earn advertising fees by advertising and linking to amazon.com.