Cleto Reyes is one of the famous and well-renowned boxing equipment manufacturers. They come from Mexico and many Mexican fighters wear their boxing gloves.

They have 80 years of experience in producing the best worldwide boxing equipment. These days, Cleto Reyes makes 30,000 gloves per year. They have 150 workers and the business is based in a small workshop in Mexico City and exported to five different continents. They also produce a range of other gear for boxing and kickboxing.

The History of Cleto Reyes.

The story of Cleto Reyes, father of Alberto Reyes, begins when the founder of the gloves participated in an amateur fight. The punches were so heavy that he decided not to fight again.

Instead, he chooses to create gloves to protect more fighters, and this is the beginning of his career in the manufacture of gloves.

In 1970, when Cleto`s health got worse, his son Alberto Reyes joined the father’s efforts. In 1975, Alberto decided to register CLETO REYES as a trademark and founded Industrial Reyes S.A. from C.V. in 1979

Unfortunately, Alberto Reyes Perez died on 2 January 2019 at the age of 66.

At present, there are several recognized and favorite brands among professional boxers, such as Grant, Winning and Everlast, but without a doubt, the Cleto Reyes has an unbeatable place in the boxing tradition.

Cleto Reyes gloves were used in a world championship fight for the first time on “La Condesa Arena” in the fight between Juan Zurita and Ike Williams.

It is a case of Ali, who, for the rematch with Leon Spinks, wanted to use Cleto Reyes despite the contract with Everlast. The mark has been covered, but during the race, the tape has fallen and everyone saw that the fighter bears the Mexican brand.

It is known that Manny Pacquiao uses Cleto Reyes gloves since 2006 in the second (big) fight with the ‘Terrible’ Morales, to never stop doing it. It is common to see him with equipment from the Mexican house. Alberto Reyes explains that they do not make special models for the famous Filipino boxer, what he uses is what everyone can acquire. Recently in the so-called ‘fight of the century’ Pacquiao vs. Mayweather was mentioned that Manny used Cleto Reyes because he, before becoming one of the best pounds for pound, admired Julio César Chávez who used this brand.

Some of the boxers using Cleto Reyes are:

Materials, craftsmanship and some questions about the sizing of Cleto Reyes.

The Cleto Reyes boxing gloves are 100% handmade with premium leather. The cowhide leather used for these gloves is simply fantastic. They are extremely well constructed from hand and a work of art. The padding area is deliberately thinner than many other boxing gloves. Cleto Reyes gloves are Anatomically designed with attached thumbs and water repellent lining for better protection.

Their training gloves are reinforced with special foam developed by Cleto Reyes. This gives a density equivalent to an official fighting glove and they last 200 times more than a regular training glove.

The standard procedure for determining the weight of the gloves is an ounce. I do not know why, but for some reason, Cleto Reyes has marked one of its series (Hybrid Gloves) in sizes XS, S, M and L

Why to choose Cleto Reyes-“The Punching Kings” of the rings?

The fighters who want to hit with the maximum power in the ring should choose these gloves. This means that almost every professional fighter has to have a pair of these gloves. (It should be noted that they are a bit narrower than normal, so choose carefully)

The Reyes gloves’ reputation, is because of one simple design principles—the gloves are designed with less padding in the knuckle area and shaped to have a smaller fist. This allows the glove to punch harder and also squeeze past an opponent’s defense easier. That’s why they are the preferred brand in professional boxing fights.

For training and sparring, gloves with more hand protection are usually used to protect yourself and your partner from injuries.

This is perhaps the only drawback of Cleto Reyes boxing gloves.

Their hardiness and their little padding make them unsuitable for training by amateurs. As far as professional battles-there is no second opinion that they are “The Punching Kings” of the rings.

One thought on “Cleto Reyes-“The Punching Kings” of the rings!” 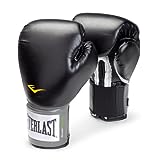 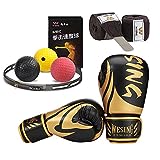 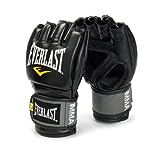 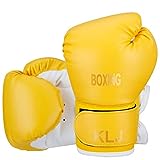 BLOG Sting boxing gloves – Is there poison in the…

BLOG Casanova boxing gloves. WHERE THEY HAVE GONE?
1
Hit in the nose! Do you like my gloves? :)